Our history in a nutshell

Energia per i Diritti Umani is an international organization made up of people from different cultures, religions, languages, aspirations, beliefs, economic and social backgrounds, united by the desire to cooperate and boost the creation of the Universal Human Nation. It is a non-religious, self-financed association with ongoing initiatives in Italy (since 1998), Senegal (since 2000), The Gambia (2002) and India (2003). It was founded in December 1998 in Rome with the aim of protecting human rights around the world. Since its foundation, the association is inspired by and adheres to the ideas and the proposals of the Universalist Humanism.

In 2003, Energia was established as a non-profit organization and took part in the following activities:

In 2003, Energia launched the campaign Sostieni un Bambino ed il suo Villaggio (Sponsor a child and her/his village), which has contributed to the construction of 8 nursery schools in Senegal, 2 in The Gambia and 2 in India and has helped thousands of children receive basic education. www.sostegnoadistanza.eu.

From 2001 to 2012, Energia was one of the supporters of the international campaign Stop Malaria, significantly contributing to the eradication of malaria in many villages in Senegal. www.stopmalaria.it.

Between 2005 and 2009, besides working on an irrigation system, Energia carried out the project Energia dal Sole (Energy from the Sun), with the installation of solar panels in 3 schools in Senegal and 1 in The Gambia.

From 2010 to 2012, Energia implemented the project Attraverso l’Educazione verso la Nazione Umana Universale (Through education towards the Universal Human Nation) in several schools in Rome and in many villages in Senegal. This project was co-financed by the European Commission through the Europe Aid initiative. 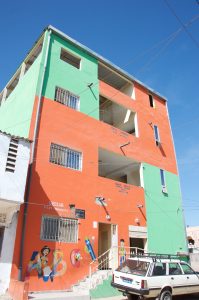 In 2013, Energia launched the nursery schools support campaign in Senegal Tutti a scuola con Energia (Everyone at school with Energia) with the aim of ensuring permanent access to education for over 700 children who attend our schools.

In 2014, the construction of the Keur Marietou house for women and children started in Pikine (Senegal).

In 2015, the Energia dalla Terra (Energy from the Earth) campaign began, with the aim of providing all the humanist centers of the rural areas with community vegetable gardens, supplying the 350 nursery school children of the centers with food. Additionally, thanks to the Waldesian Church 8×1000 funds, the new project Per la scuola serve Energia (School needs Energia) started. The initiative wants to provide the Pikine nursery school children with approximately 20,000 meals.

In 2016, the Keur Marietou house for women and children was opened in Pikine Est (Senegal). The facilities are now complete and running, and they include the nursery school, the canteen, and the library, managed by young humanist women volunteers.

In 2017, the construction of the 8th humanist nursery school Luisa Lorena Caputo in Senegal was completed. The nursery school was established in the village of Bandoulou, near Kaolack, with the help of the Istituto Comprensivo Bozzaotra of Massa Lubrense, the Municipality of Massa Lubrense and the Italian Waldensian Church funds.

In 2018, Energia per i Diritti Umani became organizing partner of the Second World March for Peace and Nonviolence in Rome

In 2019-2020 Energia has won 2 funding calls from the Italian Waldensian Church and has reactivated the Stop Malaria campaign in Senegal and The Gambia.

In 2020, Energia has launched the “Stop Coronavirus” campaign, aimed at raising awareness among the population of Senegal and The Gambia about Covid-19 prevention methods. Personal protective equipment and sanitizing gel are distributed, and hand washing stations are installed. Thanks to funding from the Municipality of Pino Torinese (Italy), support is given to the Pikine Est medical center and food is purchased for the population affected by the lockdown.

In 2020 Energia has won a call for funding from the Italian Waldensian Church for the construction of a third classroom at the nursery school in Sossop and for the supply of running water to the building. 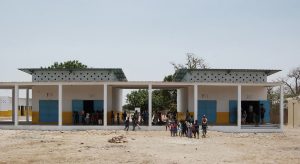 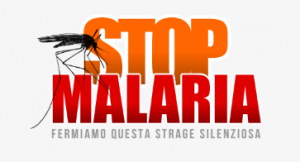