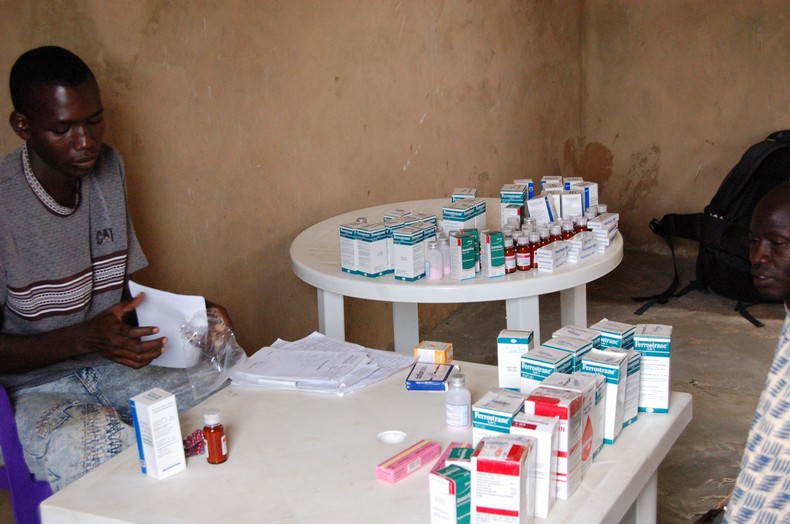 Healthcare facilities in Senegal and The Gambia are still scarce. In rural villages, healthcare is almost completely left in the hands of self-organized clinics or medical centers managed by charities. In the areas where functioning health centers are present, many people are discouraged from going there due to the costs. Adequate and free healthcare is not guaranteed even in case of serious chronic diseases. Furthermore, during hospitalization, patients have to buy the prescribed drugs outside the facility.

These healthcare deficiencies, associated with the difficult economic situation and widespread ignorance, increase both the tendency to move away from the official healthcare system and the use of alternative medicines. This has a negative impact on the implementation of health prevention systems. Therefore, health projects implemented by organizations such as Energia become fundamental.

Since 2002, Energia per i Diritti Umani has organized networks of health promoters to fight and defeat malaria in the villages of the Department of Mbour in Senegal and in the suburbs of Dakar.

The control strategies proposed by Stop Malaria include:

Training sessions on malaria prevention: We periodically organize health training sessions for the new Senegalese health promoters taking part in the campaign. We train them on methods of prevention and treatment of malaria and on organizational methods to expand the campaign in new villages and neighborhoods. Health promoters are the basis and the engine of the Stop Malaria campaign, which develops and evolves according to their needs and their will.

Walking theater performances for children in schools: The theater play is a simple and direct way to teach children the tips and tricks to protect themselves from malaria. While children are having fun, they learn how to avoid contact with the mosquitoes and thus prevent the disease.

Self-organization of the population: Health promoters organize village cleaning days with the support of all the inhabitants, to remove plastic and waste contributing to water stagnation and therefore to the proliferation of mosquitoes.

Spread of the campaign: Events and awareness days take place periodically in order to expand the network of volunteers in the area. We have already organized three editions of the “Stop Malaria football tournament”. The tournament manages to involve a huge number of young people, attracted by their passion for football. Awareness-raising moments are held during each tournament, when information materials are distributed, allowing for a wide dissemination of strategies to combat malaria. 6 villages from the Department of Mbour faced each other in the 2011 and 2012 Stop Malaria tournaments. Thanks to a generous Italian donor, we were able to provide uniforms for the participants and a trophy for the winners. Eight teams participated in 2019, thanks to a grant from the Italian Waldensian Church.

In 2018, the projects in the Senegalese villages of Ndiadiane, Sossop and Tataguine restarted, with the participation of various elementary, middle, and high schools.

In 2019 and 2020 Energia per i Diritti Umani obtained funding from the Waldensian Church for the realization of the campaign. In 2019 we implemented the project “The last mile: eliminating malaria in Senegal by 2030”. Three Senegalese health promoters were trained, and they coordinated awareness-raising activities in the area. Ten schools participated in the activities, in Pikine Est, Keur Massar (outskirts of Dakar) and in the villages of Ndiadiane, Sossop, Tataguine and Bandoulou, with more than 1,300 children involved. The entire communities have taken part in major events to raise awareness on the prevention of malaria. The areas were cleaned to avoid the proliferation of mosquitoes in stagnant waters. Mosquito nets and information materials were distributed. The local theater company NOUMEC (later renamed CARTE), held ten malaria shows for schools and communities during the year. At the end of the performances, played in Wolof language, the audience was called upon to intervene and seek solutions, replacing the actors. The “Stop Malaria” soccer tournament took place in the villages. Eight teams competed with the aim of bringing young people together and creating a network of volunteers to support the campaign in the future. During matches, stickers about disease prevention practices were distributed to spectators.

In 2020 and 2021 we implemented a new project thanks to Italian Waldensian Church funding.

Stop Malaria: XEEX BI JEXUL- the fight is not over

The activities started in February 2020 and ended in March 2021 with a final monitoring mission in loco. Three volunteers of the Universal Civil Service contributed to the project in Senegal in February and March 2020, before returning to Italy due to the COVID-19 outbreak.

Nine health promoters were trained in Senegal and one in the Gambia. The organizations “Énergie pour les Droits de l’Homme Sénégal” and “Energy for Human Rights”, our partners in the project, played a key role in selecting and training the health promoters, all of which were already active volunteers in the field of social work. The project was carried out in the following Senegalese locations: Pikine, Keur Massar, Yeumbeul (on the outskirts of Dakar), Thiès, the villages of Ndiadiane, Sossop, Tataguine (M’bour Department), Bandoulou (Kaolack Department). And the following villages in the Gambia: Ballanghar, Genjie, Kauur, Jahaur, Pallen and Simbara (Central River Region, Lower Saloum District).

The activities carried out in the schools entailed, in the first place, sensitization to malaria causes, symptoms, cures and prevention methods. Health promoters often asked the children questions in order to get them involved, verify their understanding and reinforce new information. Questionnaires on malaria were distributed, together with teaching material, stickers portraying the main prevention methods, and mosquito nets. Schools in both countries closed from March to November 2020 because of the Coronavirus pandemic. Therefore, the activities took place in February 2020, and from November 2020 to March 2021. Over two thousand students and fourteen schools took part in the activities: École III/B and Keur Marietou Humanist School (Pikine East); École Panthéon (Keur Massar); Lycée S. N. Tall (Pikine North); École elementaire ASECNA (Yeumbeul); École Amadou Jack Gaye (Thiès); elementary schools in the villages of Tataguine, Ndiandiane (Senegal), Ballanghar, Kauur, Genjie, Jahaur, Simbara and Pallen (The Gambia).

The headmasters of the schools, both in Senegal and the Gambia, showed themselves eager to embrace our initiative, since the fight against malaria was already part of the school programme. The teachers contributed by encouraging students’ understanding and participation. In the Lycée Seydou Nourou Tall of Pikine, collaboration with the school representatives proved to be fundamental. We interacted with the Club de Santé, a group working on the dissemination of health themes in the school. They were the ones who invited the students who were interested in sensitization to malaria.

The theatre pièce format was adopted at the Senegalese campaign launch event on 29th February 2020, in Keur Massar, on the outskirts of Dakar. The “Kakatan” company performed in front of around 150 people. The performance in Wolof was very effective in conveying the central messages on malaria prevention. The restrictions on gatherings due to the pandemic, in force since March 2020, prevented more shows from taking place.

Because of the Coronavirus, we could organize only one public event to launch the campaign in Senegal, on 29th February 2020, in Keur Massar. The event included sensitization activities, cleaning and remediation activities, and the Forum Theatre. The event was supported by the Neighbourhood Committee and three community organizations of young volunteers promoting local development: “Association Goney Penc U9”, “Association Humanitaire des Parcelles Assainies Keur Massar” and “Association des Grands Cadres de Keur Massar”. The mobilization of the local community allowed the gathering of dozens of participants of all ages, who engaged with zeal in the cleaning and remediation of common areas. The Neighbourhood Committee rented a large bulldozer of its own accord and used it to remove clusters of scrub and undergrowth.

Following the restrictions on gatherings in Senegal and the Gambia, in force since March 2020, sensitization continued door-to-door, in compliance with the anti-Covid-19 measures. Besides malaria, Coronavirus prevention was discussed. This situation brought about a great mobilization of local volunteers, encouraged and coordinated by the health promoters. The project involved at least twenty volunteers, including nurses, in each location: Pikine, Keur Massar, Yeumbeul (on the outskirts of Dakar), Thiès (town), Ndiadiane, Sossop and Tataguine (villages).

The Coronavirus emergency, entailing restrictions on gatherings, slowed down the process of creating the committees. There was, however, an optimal level of participation of local volunteers in door-to-door sensitization and remediation activities, involving dozens of people in each location. Our partner organizations, “Énergie pour les Droits de l’Homme Sénégal” and “Energy for Human Rights The Gambia”, are going to play a fundamental role in the creation of the committees, a tool to guarantee the long-term effects of the project via the inclusion of the local community.

Sport tournaments were suspended in the middle of March. Only the first soccer game could be played on 29 February 2020, in Keur Massar. In order to adapt the activities to the Covid-19 pandemic, a modification of the project was approved in July 2020, based on which the funds for the sport tournaments were destined to the purchase of mosquito nets, masks, sanitizing gel and thermometer guns. 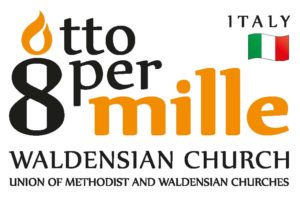 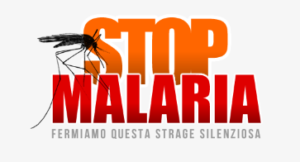 Energia organizes courses on hygiene, malaria prevention and sexually transmitted diseases in Senegal and India. Doctors and nurses from the partner organization Diritti al cuore Onlus raise awareness on the importance of hygiene, first aid activities and the most common diseases among Senegalese children (dysentery, intestinal parasitosis, malaria). These meetings take place periodically in Pikine, on the outskirts of Dakar, and in the villages of the Department of Mbour, where Energia carries out its projects.

A medical office was set up in Pikine as part of the “Keur Marietou” project. Doctors and nurses from Diritti al cuore Onlus periodically carry out medical examinations there, especially for women and children who attend the center. The presence of the medical office is an important milestone in favor of the health care of women and children in the entire Pikine Icotaf neighborhood.

In other contexts, doctors carry out periodic medical examinations and hygiene awareness courses in nursery, elementary, middle, and high schools. 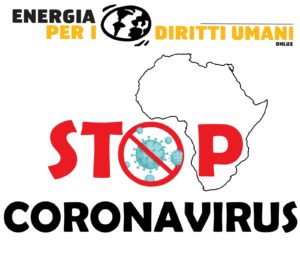 Energia per i diritti umani launched the “Stop Coronavirus” campaign in mid-March 2020, in order to support the populations and prevent the spread of Covid 19 in Senegal and The Gambia. Activities focused on the cities and villages where the association has been active for 20 years with several projects in the fields of education, health, food security and sustainable development.

Starting on March 15, the first stage of the campaign focused on door to door awareness raising activities. The actions took place in Senegal in Pikine, Yeumbeul, Keur Massar (Region of Dakar) and in the rural areas of Ndiadiane, Sossop Diop, Tataguine Sérère (Department of Mbour) and Bandoulou (Department of Kaolack). In Gambia, the rural communities of Ballanghar, Kauur and Genjie in the Central River Region were involved. Thanks to local volunteers from Énergie pour les droits de l’homme Sénégal and Energy for Human Rights The Gambia, we reached over 1,500 houses, several orphanages and Koranic Schools (Daara)and 6 medical centers, for a total of over 8,000 people. Volunteers explained the behaviors for preventing the virus and distributed bleach, soaps, masks and gloves free of charge. In addition, 70 jerry cans with hand sanitizing solution were distributed in major traffic routes, medical centers, public buildings, orphanages and Daaras.

A Grant from the Municipality of Pino Torinese (Italy) for Covid-19 prevention in Pikine Est, made it possible to expand the range of intervention. It was possible to purchase material for 2 local medical centers. A one-month campaign on prevention through itinerant trucks equipped with loudspeakers was carried out, and informative murals were painted in the streets of Pikine Est. Food aid was distributed to families in great need, affected by the lockdown.

It is aimed at supporting economic activities through zero-interest micro loans for women’s cooperatives in Senegal and The Gambia, starting with the “Pikine Humanist Women’s Network”.